Butler has worked for Loop for almost 10 years, and steps up from his role as general manager of sales and marketing. "He has been driving the sales organisation very effectively so I thought it would be good to give him responsible for the whole business," said Davenport.

"I will have my hands on the levers for a while to help with the strategy and financial planning, but Pat will have day-by-day operational responsibility."

The Sydney-headquartered security specialist made the reshuffle amid "strong growth in the managed security services space", Davenport told CRN.

"We have had strong growth in the managed security services space. Our consulting business is on fire. We have PCI and security consulting, which is hiring and hiring. Pen testing is very strong."

Butler told CRN: "I am delighted to have been given the opportunity as CEO to lead the Loop team in continuing our strong growth. The key focus for me will be continuing our investments on managed security services, having just this month completed a major upgrade to our Melbourne cyber security operations centre."

"We cleaned up over there," said Davenport.

Since 2009, Loop has shifted its revenue mix from around 80 percent product reselling to 70 percent services, such as "consulting services, pen testing and engineering services to sell products", said Davenport.

The business, which was founded in 2005, employs around 45 people in Sydney, Melbourne, Brisbane and India. 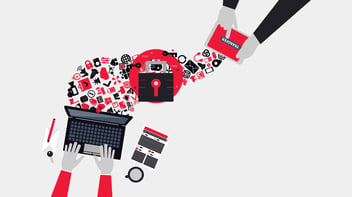 HOW TO RUN A SUCCESSFUL CYBERSECURITY TABLETOP EXERCISE | LOOP SECURE

If you’re a mid-sized or large enterprise in Australia, you need to have a solid cyber incident...