MELTDOWN AND SPECTRE - UNDERSTANDING AND MITIGATING THE THREATS 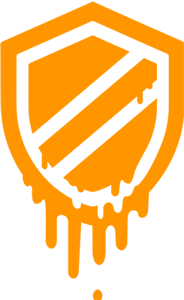 What is the threat?

As a summary, the issues are located at the kernel level of the chips and can lead to leaking running memory outside the current process. Both would enable a hacker to access confidential information such as secret passwords, personal information or photos from desktops, laptops, cloud servers or smartphones.

Contrary to some initial reporting, this is not just an Intel bug, it affects AMD and ARM processors as well. These could even be used in cloud / virtualised environments to leak memory outside the running virtual machine.

The US-CERT website has detailed updated advisories for most of the relevant companies. The patches detailed here should be considered preliminary to protect against the most obvious paths to this vulnerability, but future patches are likely planned to deal with the potential significant performance hits from these patches and for better mitigation coverage. Spectre, in particular, will require follow-on patching. Due to the nature of these patches, reboots will be required. So in the short term, patch and reboot everything.

That said, please note the following advice from the SANS Institute newsbites editors on how to prioritise patching, and when to potentially NOT patch:

Why is it called Meltdown?

The bug basically melts security boundaries which are normally enforced by the hardware.

Why is it called Spectre?

The name is based on the root cause, speculative execution. As it is not easy to fix, it will haunt us for quite some time.

Which flaw is worse?

Asked which of the two flaws posed the greater challenge, Daniel Gruss (the security researcher who initially identified the flaws) said: ”The immediate problem is Meltdown.

“After that it is going to be Spectre. Spectre is more difficult to exploit but also to mitigate. So in the long run I’d bet on Spectre.”

Am I affected by the bug?

Can I detect if someone has exploited Meltdown or Spectre against me?

Probably not. The exploitation does not leave any traces in traditional log files.

Can my antivirus detect or block this attack?

While possible in theory, this is unlikely in practice. Unlike usual malware, Meltdown and Spectre are hard to distinguish from regular benign applications. However, your antivirus may detect malware which uses the attacks by comparing binaries after they become known.

What can be leaked?

If your system is affected, the security researches proof-of-concept exploit can read the memory content of your computer. This may include passwords and sensitive data stored on the system.

Which systems are affected by Meltdown?

Which systems are affected by Spectre?

Almost every system is affected by Spectre: Desktops, Laptops, Cloud Servers, as well as Smartphones. More specifically, all modern processors capable of keeping many instructions in flight are potentially vulnerable. In particular,  the security researchers have verified Spectre on Intel, AMD, and ARM processors.

Which cloud providers are affected by Meltdown?

What is the difference between Meltdown and Spectre?

CVE-2017-5753 and CVE-2017-5715 are the official references to Spectre. CVE is the Standard for Information Security Vulnerability Names maintained by the MITRE organisation.

CVE-2017-5754 is the official reference to Meltdown. CVE is the Standard for Information Security Vulnerability Names maintained by MITRE.

Can I see Meltdown in action?

The Proofpoint 2020 State of the Phish survey identified that the highest cybersecurity...

Integrated Risk Management in Australia: Why is this important?

Modern, forward-looking Australians need to take an integrated approach to risk management that... 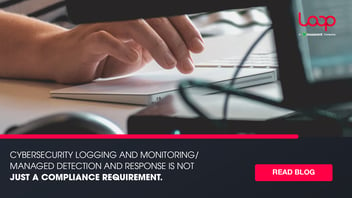 Cybersecurity logging and monitoring or Managed Detection and Response is not just a compliance requirement.

Cybersecurity logging and monitoring/Managed Detection & Response is not just a compliance...